Home | General Interest | History And Knowledge | After The Battle

After The Battle Magazine

For over 40 years, After the Battle has been presenting the history of the world's conflicts through 'then and now' comparison photographs. 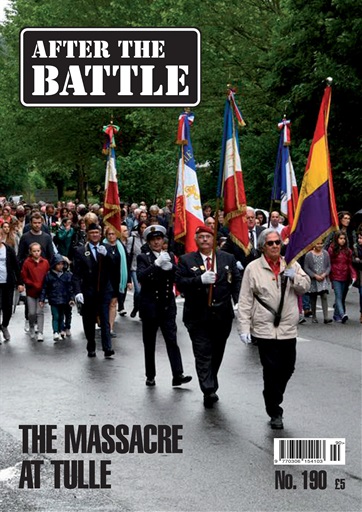 From the Zulu wars, through the First and Second World Wars; to the Falklands, all are researched on the actual battlefield to show how they appear today. Our quarterly magazine concentrates on the Second World War, the comparison photographs adding a new dimension to recent history. As well as major battles, local actions are explor THE MASSACRE AT TULLE  On June 7, FTP Resistance fighters began the assault to clear the city of German and Vichy security forces.